Not Everything Is a Good Idea

Sometimes it's easy to get lost in the blogging world and think everything works out perfectly. I hope I do a decent job of accurately representing our life at Okra Hill.

But just in case you were wondering what hasn't worked out so well, here are a few recent examples.

We're novice pig farmers and it's definitely be a "learn as we go" endeavor. One thing we've had to figure out is how to best provide water for our swine. We started off with a large bowl, which the pigs promptly overturned. Then Ashley used his landscaper brain and created a watering tube out of a large PVC pipe, outfitted with a nipple.

This seemed like a good idea until we quickly realized the pigs' snouts were too long to use the nipple. 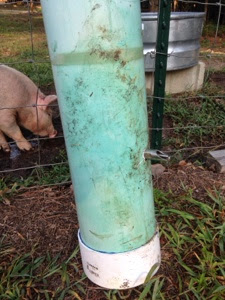 So we bit the bullet and purchased this ingenious waterer from our local feed store. The pigs figured it out almost immediately (they press their snouts against the metal plate and water fills in the blue basin for them to drink). 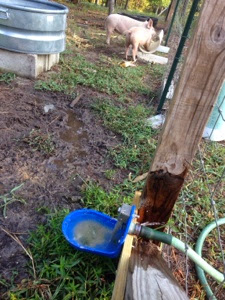 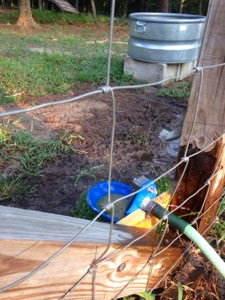 One of my biggest disappointments this summer has to do with this very lush green bean crop... 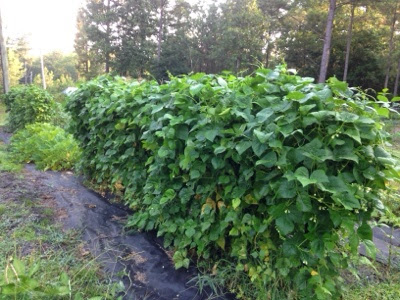 The green beans are so healthy and thick that they managed to block the majority of the water for the garden behind them. The okra is doing fine (such a hardy plant!). 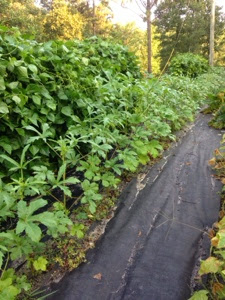 But the cucumbers...no, they needed water that was taken by the beans. Although we've talked about a drip irrigation system for the garden, Ashley continued with the overhead sprinklers this year. I lost out on cucumbers and pickling--but in the end, it's been a blessing. Most evenings I'm pretty tired and don't feel like canning. If I had the gallons of cucumbers like years past, I would have felt obligated to pickle them. 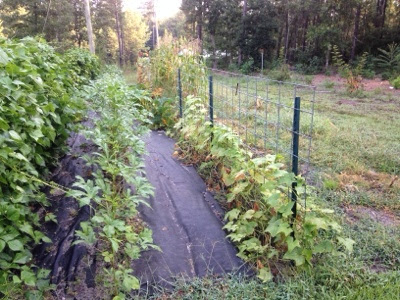 The corn also didn't make. We're not sure if this was a water issue or if there were some other factors at play. 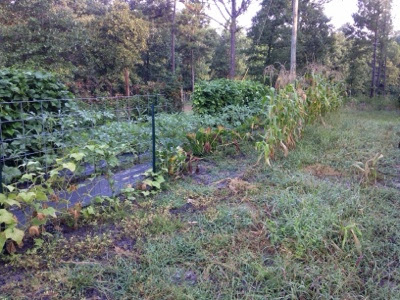 Waylon and Ziggy were happy to help us with the corn stalks. 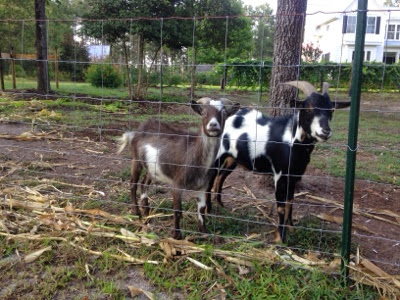 So instead of letting the plants flounder, Ashley went ahead and plowed them under. We learned a lesson about remembering the heights of plants as they grow and how they will impact their neighbors. The green beans and okra are still going strong, as are our tomatoes and basil. I'll try to do another post soon to share the starting of our fall garden. 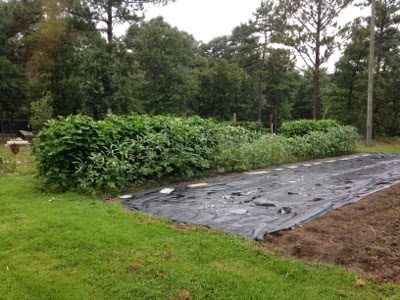