It's a Grape Day for the Grape Press

We brought two gallons of grapes up to my parents this past weekend so we could try out my papa's apple cider press. I grew up seeing their press covered in dust in the basement. It was a project Papa put together but it never operated correctly until he had it worked on. My brother and I were always fascinated with it so when Ashley and I had the opportunity to try it out, I was excited. 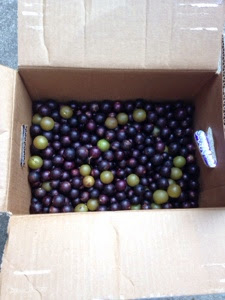 First Ashley sprayed off the dust. 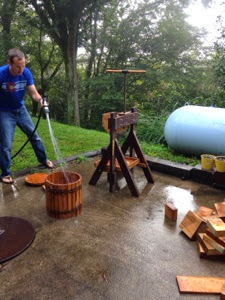 The boys helped (they had been riding plasma cars which explains their helmets). 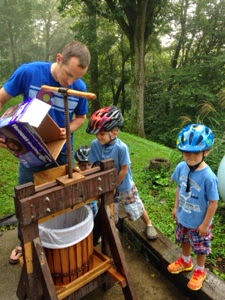 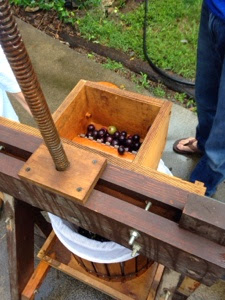 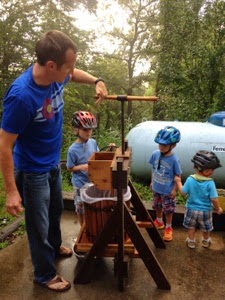 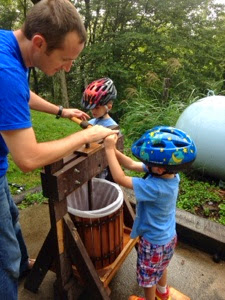 And then the juice started to trickle out! 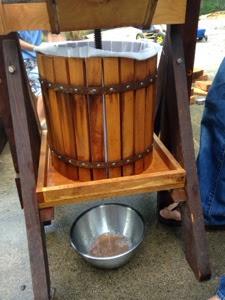 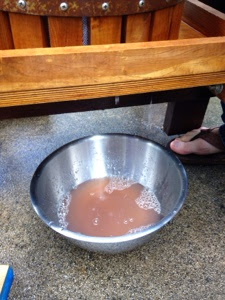 After one press we decided the grapes had more juice in them. 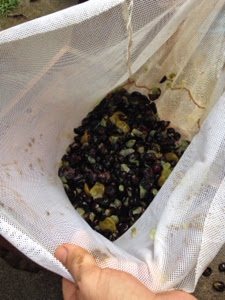 And we were right. Two gallons of grapes gave us a little over two quarts. 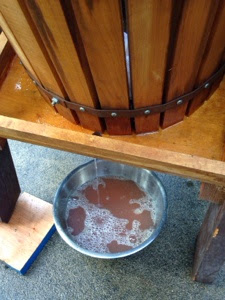 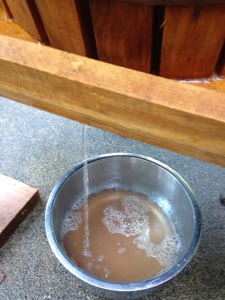 We all tried a glass of fresh muscadine juice. 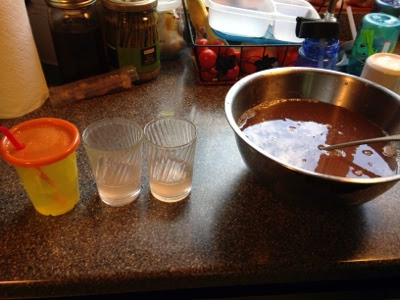 Ashley and I will probably buy our own press to have at Okra Hill since this worked so well.
Posted by Anna at 11:49 AM 1 comment:

The pigs are porking right along. We're raising them to 200 lbs. So far they're happy with their arrangements and doing their part to make sure we have no food waste. 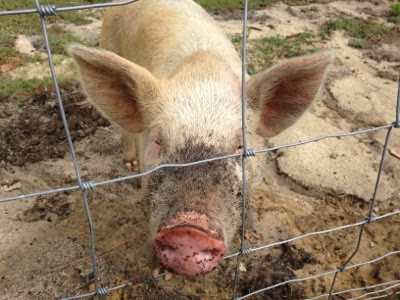 When I had my first baby, I became a mama. I feel like I've become a farmer now that we have the pigs. I am responsible for their care and am really starting to enjoy it. There's something very satisfying about going out to get their slop ready every morning and then watching them waller in the dirt.
Okra Hill has become a farm (though still very much a hobby farm) and this mama of three boys who used to be college academic advisor is now happily a farmer. 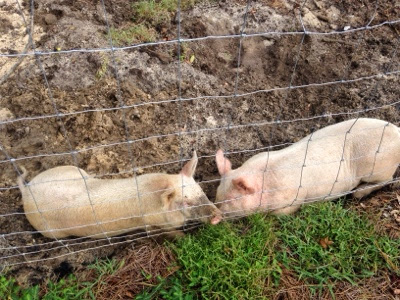 Speaking of growing along, our grapes are in full production mode. We grow mostly muscadines (with one random scuppernong vine--that's my favorite). 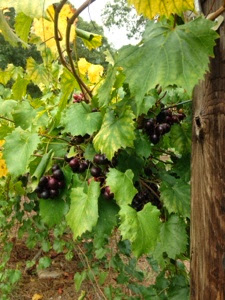 The boys were pleased with this morning's harvest. I've made one batch of jelly and plan to do another run, plus some grape sorbet. I'm also selling grapes to friends. 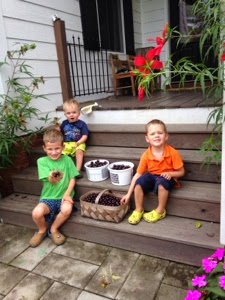 What a blessing to live this life. There are days when I gripe about some of the chores but I can't imagine raising boys anywhere else
On a related note, Saturday a young couple from North Carolina visited us because they had found my That New House blog and plan to eventually build our house on their own land. It was a neat afternoon sharing our thoughts and helping them build their dreams.
Posted by Anna at 7:48 AM No comments: